1994 Ultra Beavis and Butthead Top Whatever 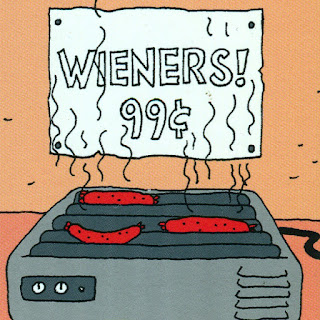 2022 saw the return of two classic characters in American television history. Thanks to technology, my reluctance to adapting and busy schedule, I haven't seen it. But now that it's 2023, I'm getting another chance! New (to me) episodes of Beavis and Butthead will air on Comedy Central, after new episodes of South Park, starting Wednesday February 8, 2023. And I'm pumped! News broke a few years ago that Comedy Central was ordering new episodes of Beavis and Butthead, along with a new feature-length movie. Network executives were looking for a cartoon to air after South Park, that would keep an audience, leading into The Daily Show. As a cartoon, Beavis fits on Comedy Central so much better than MTV. Their former cable home only broadcasts shows about drunk pregnant teens from New Jersey these days. (Ironically, far more disgusting subject matter than the Beavis and Butthead cartoon ever showed.) News of new Beavis broke nearly three years ago, however, other than some r
2 comments
Read some more »
More posts