Showing posts from June, 2018
Show all

Toys R Us - Reflections on Bankruptcy from Blaine, MN 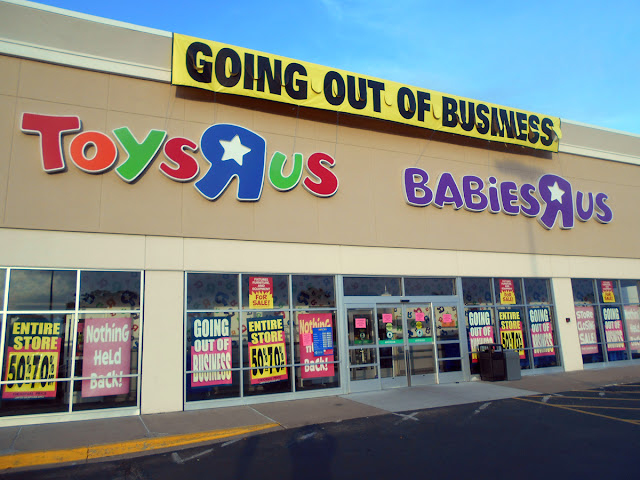 In today's retail climate, long established businesses are dropping like flies. One of the saddest of all recent business closures, would be the toy vending giant, Toys R Us. A few nights ago, Laura and I were out running Aarons, and she wanted a plate of Orange Chicken and Fried Rice from LeAnn Chin's.  I chose only a napkin and a single spoonful, as that napkin was just slightly less greasy... As she ate, she suggested that I walk across the street to the closing Toys R Us, and see if they had anything I was collecting, available at a deep store closing discount... Sounds like a great idea to me! There were more cars in the lot than I'd expected.  Store closing banners were growing out of the ground around the store. A sure sign that while a building isn't abandoned quite yet, in a matter of weeks, I will have a new abandoned building to photograph for my collection. A collection that I'm beginning to take more pride in than all of the other
2 comments
Read some more »
More posts