Showing posts from August, 2020
Show all

Let's Go Back to the Minnesota State Fair to see Weird Al! 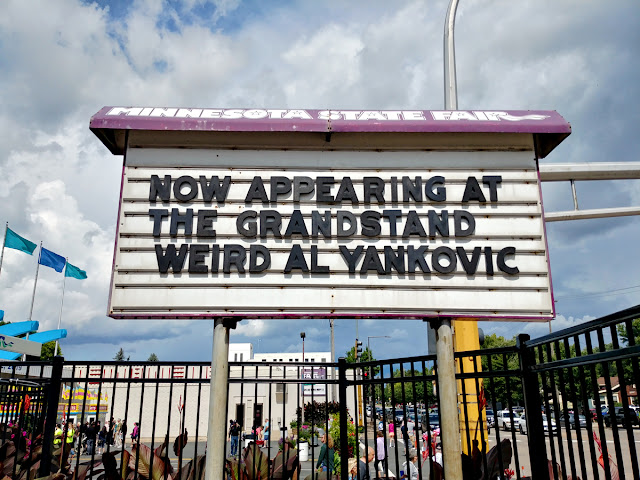 Earlier this year, it was announced that the 2020 edition of the Minnesota State Fair would be cancelled, thanks to the Covid-19 pandemic. And that kinda sucks, I was looking forward to going again this year... So let's go LAST year! On August 27, 2019, I made another appearance at the Minnesota State Fair, in order to catch Weird Al Yankovic's concert with a full orchestra. After months of debate, I decided I shouldn't miss this show. Plus, it would provide subject matter for the long planned sequel to my 2018 MN State Fair story . (Which has been seeing a steady increase in hits lately!) Since Laura turned down going with me, I went with my mom this year. Replicating the Fair visits we made in the 1980's and early 1990's. Early (for me) that morning, I drove over to the folks house to pick my mom up. We then drove to the 35W Park & Ride, to catch the shuttle bus to the fair, and not have to deal with parking at the Fairgrounds.  Inside the shuttle bus. We were
1 comment
Read some more »
More posts